Five Ways to Avoid the Flu

It is not new news that the flu is bad news. Influenza has been the bane of human beings for centuries. Witness the so-called “Spanish Flu” of 1918 that killed an estimated 20-50 million people worldwide. (Yes, 20 - 50 MILLION.) Statistics like that are not just something you shrug off. Even if only 20 million died, that’s like a lot, right?  So the flu can be more than an inconvenience; it can be a killer.  What can you do about it?  There are no perfect solutions, but these five tips might help you ward off this year’s version of the flu, which is reported to be especially nasty.

Get a flu Shot

Duh! It seems so simple, but millions each year forego the flu vaccine because it involves an expense, it can be inconvenient and, well, just general inertia. Now, each year’s flu vaccine won’t give you 100 percent protection against the strain or strains of flu that are circulating each year. The flu virus mutates like mad, making the creation of a vaccine to combat it a never-ending activity. But getting the flu shot will be a lot better than not getting the flu shot. Right now it is about 60-70 percent effective in preventing the flu.

Stay away from People

You might think that avoiding obviously sick individuals (we all know a few of them) is a key to avoiding the flu, especially if they are coughing and sneezing. Well, that’s true, but it doesn’t go far enough. Since the flu virus is spread by breathing, unless you typically hang exclusively with zombies, you can contract the virus simply by breathing a particle exhaled by someone else.  (Perhaps zombies breathe but being dead we don’t see why they have to.) You probably like people so it all seems so unfair, because people are everywhere, but that’s the deal.

Hangout with Folks in Surgical Masks

If your are an inveterate people-person (you know who you are) and just can’t stand to forego human interaction in the way us solitary writer-types do on a daily basis, then hang out with folks wearing surgical masks or, better yet, persuade your friends to wear them. You can pretend you are having a theme costume party.  Here’s the weird thing.  The surgical mask will help prevent an infected individual from spreading the flu virus because it keeps the particles usually released by breathing from going out into the atmosphere BUT it won’t do too much to prevent you from inhaling virus-laden stuff in the air.  Why? The spaces around the mask will allow you to breathe in the virus.

Yes, this might be more difficult for some of you than others, but an odd, little-known fact is that the flu virus isn’t just in tiny droplets in the air that then drop to the ground harmlessly. No, that pesky virus will live on inanimate objects — pretty much all of your stuff and maybe one or two of your friends — for as long as three days. Even weirder, that creepy virus that does all kinds of bad things to your insides likes the outside of hard surfaces.  So door handles, cabinets, drawers, counter tops can all be harboring little virus bombs that will later explode in your gut. Don’t touch anything hard without wearing gloves might be a rule to live by this winter.

Use Disinfectants on your Hands

Yes, we said that you get the flu by inhaling a dose of the virus, but you can get that virus close enough to breathe if it gets on your hands. So wash ‘em like crazy — you know, a real surgical-prep scrub-in — and use hand sanitizer. We admit it won’t be totally preventative, because we know you, and we know you live and work with other people.  Those people can be infected and pass it on to you. But if you try to keep the virus off your hands and you try to keep your hands out of your mouth and eyes, you’ll be better off than if you didn’t.

And that’s all we’ve got for you. I’m simply going to lock myself away in my bunker for the next four or five months, but that’s just me.  And nobody will ll miss me. Stay flu-free!

De-stress Your Next Pediatrician Visit 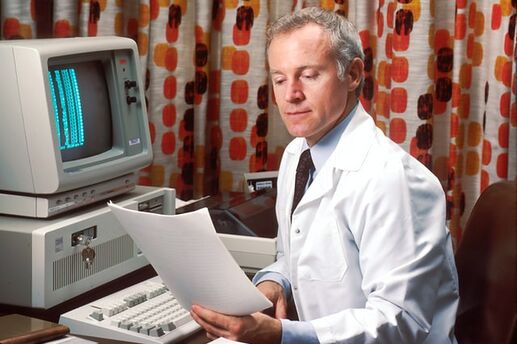 Going to the doctor’s office can be a stressful occasion for the whole family. As a pediatrician, I want to make sure that the kids I take care of are happy and healthy – and that their parents have a chance to address any concerns. And this all has to happen within 20 minutes, so I don’t keep my other patients waiting! To maximize our time together and help the visit go off without a hitch, there are a few smart moves moms can make. Here’s what I recommend to de-stress your next doctor’s visit:

Bring your child’s paperwork. Keep your child’s medical files in an easy-to-find location. If you’re a first-time patient, provide the doctor’s office with your medical history and files. That way, we won’t have to track down things like allergies and vaccination histories during the appointment. Also, remember to bring in any forms or waivers that your child needs to be filled out for school, sports and activities.

Think about what you want to address. When I’m wrapping up a visit, parents will often mention an important issue that requires more careful examination. To make sure that you don’t forget anything -- and that I have enough time to examine any problems -- jot down a little list of all the conditions and concerns that you want to discuss. You may also want to call or email me before coming in. For instance, if you’re worried because your child can’t concentrate in school, I sometimes have his or her teachers fill out a questionnaire before the visit.

Keep track of symptoms. Take note of when your child developed her problem and how often it occurs, such as when she started getting headaches and how long they last. Knowing the complete picture can help me make a diagnosis.

Prep your child. Before the appointment, let your kids know why they’re seeing the doctor. One exception: If you know that getting a shot makes your child anxious and worried, skip telling her. She may spend the entire visit in tears.

Don’t promise “no shots!” or “no medicine!” Instead, just say that you’re not sure. Your child shouldn’t feel like you’ve betrayed her. Also, don’t use needles as a bartering chip. I’ve had some parents tell their kids, “If you’re bad, Dr. Zets will give you shot.” Not only does this portray me as the bad guy, it also encourages a fear of doctors!